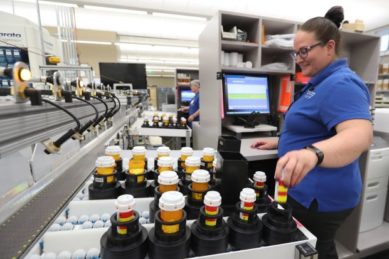 Lawmakers want lower list prices, but insurers are at fault for mismanaging plans.

An unlikely bipartisan consensus has formed to blame pharmaceutical companies for high prescription-drug prices. Democrat Elijah Cummings, chairman of the House Oversight and Reform Committee, held hearings this month on drug companies’ pricing practices, while Republican Chuck Grassley has done the same on the Senate Finance Committee. As odd a duo as President Trump and Bernie Sanders already have called for drug price controls, and more voices will join the chorus as the public grilling of pharmaceutical executives continues.

Voters should be wary. What Americans pay at the pharmacy counter is determined by a complex, opaque third-party payment system for prescriptions. By focusing only on list prices, politicians ignore the huge rebates and discounts drug companies give to multiple parties involved in distributing their products: wholesalers, hospitals, physicians, pharmacies and pharmacy-benefit managers, the third-party companies that purchase drugs and treatments on behalf of employer health plans. These rebates and discounts mean drugs almost always sell far below their list prices.

The payments are massive. Last year manufacturers paid $166 billion in rebates and discounts, amounting to a 40% reduction in prices for off-brand drugs. Certain essential drugs like insulin sell at even deeper discounts. PBMs are able to demand these big rebates from drugmakers because a small number of them handle most of the drug purchases for America’s insurers.

As a consequence, sale prices for brand-name drugs increased only 1.5% last year. That marks the fourth consecutive year that net drug prices have grown by low single-digit amounts. “Big Pharma” companies such as Johnson & Johnson , Merck and Novartis have disclosed that their drugs’ prices actually declined last year after rebates and discounts were accounted for.

Critics have accused PBMs of pocketing the discounts, decreasing drug manufacturers’ revenue without any benefit to consumers. In fact, PBMs pass the bulk of the rebates to the health plans they represent. Plans are then able to offset part of the cost of nondrug treatments, and reduce their premiums.

Plans could choose to use these rebates to lower the premiums of the sickest patients, whose frequent purchases of expensive drugs allow manufacturers to give rebates in the first place. Instead health plans prefer to apply the rebates to the price of average plans, hoping to compete for business through lower premiums.

As a result, people with chronic, complex diseases generate billions in rebate dollars, which are then applied to lower everyone else’s premiums. As Food and Drug Administration Commissioner Scott Gottlieb has observed, “sick people aren’t supposed to be subsidizing the healthy.”

The allure of massive rebates also encourages many health plans to select the most expensive drug possible for any given treatment. One senior PBM executive even tells me that some of his clients are “addicted to rebate checks.”

These warped incentives have also infected the Medicare Part D program. The Centers for Medicare and Medicaid Services has criticized plans for choosing expensive, highly rebated drugs instead of lower-cost alternatives.

Patients are the ultimate victims of the current drug pricing system. Overall drug spending is growing very slowly—only 0.4% a year in 2017. But the sickest Americans are stuck paying ever-higher out-of-pocket costs for drugs with net prices that are flat or declining.

Drug companies are an easy target. But rather than decry list prices, politicians should focus on how health plans use the billions in rebates that flow to them. This line of inquiry would raise troubling questions. How much of manufacturers’ rebates and discounts are being shared with patients? Is it fair for an insurance company to get a big rebate on a drug for which the patient paid full retail price? Why don’t more plans pass drug savings on to their highest-paying, most vulnerable customers?

These problems frame the approach that Health and Human Services Secretary Alex Azar is taking to drug-pricing reform. Last week HHS announced it would remove anti-kickback protection from rebates paid to PBMs, and would instead create a new “safe harbor” for discounts offered at the point of sale. The reform would apply to federal programs, lowering prices for Medicare Part D patients.

Attacking the broader pricing problem will require Congress to redirect rebates in the private market to reduce high-end premiums. Before that, lawmakers will have to stop portraying drug companies and list prices as the villain so they can instead focus on the structural problem that really hurts patients.