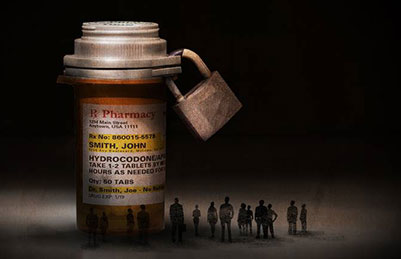 KANSAS CITY – When the Kansas medical board told their son’s Olathe doctor he could no longer treat chronic pain patients because of improper opioid prescribing, John and Sally Riley embarked on a high-stakes quest to find him a new doctor before he ran out of medicine.

They contacted seven specialists in the Kansas City area, Sally Riley said, and none would take him.

One said she wasn’t taking new patients. Another said he wouldn’t take anyone who had been treated by someone else. And another referred him to a specialist in the same practice who wouldn’t take him.

But Riley said her son is in legitimate pain stemming from a severe car wreck and spinal fusion surgery as a teenager. He needs opioids to function, she said, but he’s one of many chronic pain patients swept up in efforts to tamp down on them, collateral damage in the war against drugs that cause thousands of addictions and overdoses a year.

She and her husband had to go out of state to find a doctor for their son before he ran out of medicine and faced both withdrawal and a resurgence of pain.

“When it comes to chronic pain right now, there is just this incredible fear of prescribing anything,” Riley said. “What do we do when we can’t get the pain medicine because no one in the city would treat him?”

It’s a question that chronic pain patients are grappling with nationwide.

The Centers for Disease Control issued new guidelines on opioid prescribing in 2016.

In short, the CDC advised physicians that opioids should be used mainly for palliative or end-of-life care, or as a short-term treatment for acute pain caused by things like surgery or cancer. For long-term chronic pain, the drugs should be used only as a last resort.

The risk of addiction and overdose generally outweighed the benefits of long-term opioid use, the guidelines said, especially as patients develop a tolerance to the drugs and need higher doses for the same relief.

The non-binding guidelines were not a blanket ban on prescribing opioids for chronic pain. But they’ve changed how states regulate doctors at a time when some physicians who specialize in treating pain thought they were already being unfairly targeted.

The result, according to recent reports in both Politico and The Washington Post, has been a chilling effect nationally that has reduced the number of doctors willing to prescribe opioids and left patients already dependent on them in the lurch.

Charles Brown of Kansas City said that around the time the CDC guidelines were published, his primary care doctor told him he couldn’t keep prescribing him opioids. By then, Brown said, he had been on the meds for about 15 years to treat neck pain caused by herniated disks and lower back pain caused by arthritis.

Brown said the doctor referred him to a pain specialist, who told him he should have surgery and wouldn’t prescribe him pain meds until he scheduled it. But after consulting two surgeons, the results were mixed: one recommended surgery and the other advised against it.

Brown said he’s been getting nerve-block injections, but they dull the pain for only a little while. On opioids, he said, he’s able to work, exercise and socialize. Without them, he said, he sometimes spends entire days in bed because that’s the only way to keep the pain bearable.

He plans to seek out another pain doctor soon, but he dreads the possibility of being turned away again.

Greg Lakin, the chief medical officer for the Kansas Department of Health and Environment and a pain management specialist himself, said it’s important for states to balance preventing opioid abuse with not harming chronic pain patients.

“There’s people that absolutely have to have chronic opioid pain management,” Lakin said. “It improves their life and they need it just to function. You get a higher tolerance over time, but opioids work. Don’t ever think they don’t work.”

Still, both Kansas and Missouri have taken steps to move their Medicaid programs into line with the CDC guidelines.

Missouri enacted regulations in March that require physicians to get a prior authorization from Medicaid to keep patients on opioids for more than 60 days. The regulations also reduce the dosage allowed for initial prescriptions for patients who haven’t built any tolerance to opioids.

Rebecca Woelfel, a spokeswoman for the state agency that oversees Missouri Medicaid, said so far “participants have not communicated to the Department of Social Services that it is an issue.”

Lakin said Kansas enacted similar restrictions in its Medicaid program last year but is trying to make it as easy as possible for doctors to comply.

“We’re trying to streamline the process of prior authorization and we’re also working on educating prescribers on what the goal is and what proper usage of opiates should really look like,” Lakin said. “There’s a little bit of an education process because we’re swinging back from 10 years ago when we were told we were underprescribing for pain and patients should not have to feel any pain.”

Lakin said Kansas is ahead of other states in trying to thread the needle of tamping down improper opioid use without hampering legitimate use.

Kansas was one of the first states to adopt a prescription drug monitoring program that lets doctors see whether their patients are getting drugs from other doctors — Missouri is the last state without one — and a Kansas task force just released a detailed 116-page plan focused on educating doctors about non-opioid pain management options and helping people get off opioids.

“There’s not a focus on overregulation or regulation, nor does (the task force) really have the authority to do that and that’s by design,” Lakin said. “We really wanted to focus on the addiction part of it and not try to make it about pain management and legitimate opioid prescribing.”

That should prevent more Kansans in the future from becoming dependent on opioids and not being able to find prescribers.

But Lakin said there are no easy answers for those who are already in that predicament because the provider shortages that plague many parts of the Kansas health care system are even more acute when it comes to pain management.

It can be a high-stress field, Lakin said, and it doesn’t pay particularly well compared to other medical specialties.

“I do think it’s been problematic even before this opiate crisis, trying to find a physician that will medically manage chronic pain,” Lakin said.

The Rileys’ search for a new doctor began after their son’s physician, Douglas Brooks of Olathe, was sanctioned by the Kansas Board of Healing Arts.

Last year the medical licensing board issued an order stating that Brooks was negligent or grossly negligent in his treatment of five chronic pain patients.

The board ordered Brooks, a family medicine doctor, to transfer all his chronic pain patients to specialists.

But the family of one of those patients, Jacquelyn Spicer, filed suit against Brooks earlier this month, saying she committed suicide because she feared withdrawal after he didn’t find her a new doctor and denied her requests to get her into a methadone clinic.

Sally Riley said her family was similarly left without a provider, but didn’t blame Brooks. They blamed the medical board, which Riley said shouldn’t have sanctioned Brooks in the first place and should have done more to help his patients find other doctors.

“I don’t really respect them in trying to look out for people who need pain meds as well as people who need to be in rehab,” Riley said. “There needs to be a place for both of those people.”

Kathleen Selzler Lippert, the executive director of the Kansas Board of Healing Arts, said by email that the board’s online licensee search tool does allow members of the public to find lists of local doctors who specialize in certain areas, like pain. But it would not be appropriate for the board to help with referrals to specific physicians.

“Given the complexities of medical conditions and patient goals, it is generally not appropriate for a licensing agency to suggest who a patient should utilize for medical care,” Lippert said.

She didn’t comment on the board’s sanctioning of Brooks.

Riley said she feared the board’s action would scare off other doctors from prescribing opioids.

But studies have shown that it’s rare for physicians — especially those who specialize in pain management — to be sanctioned strictly for their opioid prescribing patterns. Most opioid-related licensing actions are levied against doctors who also were accused of having inappropriate relationships with patients, or diverting drugs for financial gain or personal use.

Wichita doctor Steven Henson, who is quoted in the Politico article as saying he wished the Drug Enforcement Administration would work with doctors rather than punishing them, is facing federal charges for allegedly conspiring with patients to sell opioids on the black market.

He said doctors acting in good faith to treat chronic pain patients who legitimately need opioids to function aren’t likely to be punished for it.

“I’ll be the first to go to bat for them,” Lakin said, “if that’s truly the case” 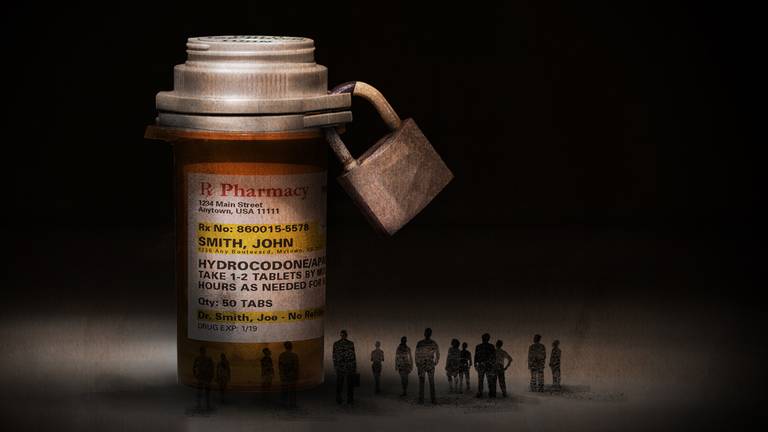